No one knows this more than the SGC.

The enemies weren’t just from other planets and galaxies. Some of the more annoying and dangerous enemies the SGC ever tangled with were from right here on good old Earth. 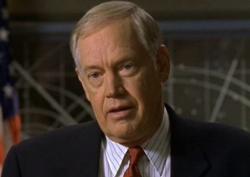 Indiana Senator, Robert Kinsey, was the head of the Senate Appropriations Committee which was responsible for providing the finances for the SGC.

Kinsey erroneously decided that the SGC should be shut down. He cited that they weren’t productive enough (not bringing in enough usable technology) and that there had been way too many threats from alien enemies.

Kinsey did his absolute best to shut them down. He was even dumb enough to insist that the U.S. military could handle the Goa’uld (uproarious laughter ensues). Yeah, that went over well. NOT!

Apophis kicked the crud out of the military and it was only because SG-1 disobeyed orders and went through the Stargate and…(you don’t think I’m going to tell you, do you? Watch the series).

Anyway, thanks to SG-1 saving the planet, again, the President was finally able to see the true importance of the SGC program and re-instated it.

That didn’t stop Kinsey from being a total pain in the caboose, though. It’s later found out that he was behind a few nefarious plots which ultimately stood to fatten his pockets and lead him to the top spot in the White House. That is until SG-1 stopped him.

Then, there’s the NID (National Intelligence Department), which has possibly been in existence since after the Roswell incident in 1947. They are supposed to be good guys and give over watch for all government agencies dealing in alien stuff. 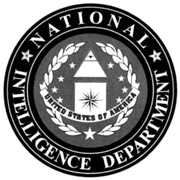 Susceptible to corruption, a rogue group of agents started doing their own thing back in 1998. In so doing, they were stealing and using alien technology under the guise of wanting to protect the Earth.

So, amidst working to establish allies, find technology for Earth, fight the Goa’uld, unite Jaffa and Tok’ra, the SGC had to deal with the NID and the infamous Colonel Harold Maybourne.

“General Hammond, request permission to beat the crap out of this man.“—Jack O’Neill regarding Maybourne 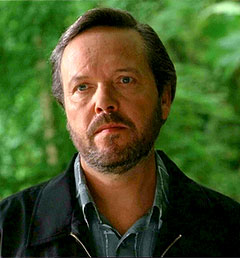 Maybourne’s past is classified, but what we do know is that he came to the NID directly from the Air Force. Maybourne was big on suggesting plans and programs that were very risqué and seriously illegal.

Thanks to O’Neill running a sting operation, it was found that Maybourne was running illegal operations off-world. Maybourne’s career came to a nasty close and he ended up in the federal pen.

Some of the rogue NID agents eventually left the NID and started their own little happy band of criminals called The Trust. They took to procuring and selling some of the alien technology to big corporate companies. Some of those companies happened to have an investor by the name of Robert Kinsey. One other happened to be run (behind the scenes) by Ba’al.

Another problematic government agency was the International Oversight Committee. This group came into being after the remaining governments of the world were alerted to the threats of aliens, thanks to Anubis attacking the earth in Antarctica while looking for the lost city of Atlantis.

“You know, if I had the salaries they pay these idiot blowhard politicians to put into my budget – I’m sorry, did I say that out loud?“—Henry Landry

This group was made of up of “arrogant, selfish, greedy, close-minded and xenophobic control-freaks, typically presented as attempting to force the Stargate teams and off world operations to proceed according to their views and attempting to pass the blame when operations go wrong”**

I couldn’t have said it better.

The members were from several of the World’s governments and were a civilian committee. None had military experience, nor could think in terms other than number crunching, idealism and general political game-playing. Because of this, they were incapable of understanding the true dangers inherent in dealing with alien species.

This group, which only had de-facto power, caused problems for both the SGC and the expedition sent to Atlantis in the Pegasus galaxy (more on the Atlantis expedition next week).

However, in spite of all the governmental interference, the SGC continued with their journeys and adventures, bringing wonder, laughter and amazement to our televisions.

Join me next week when I introduce the second series in the franchise, Stargate: Atlantis

Lt. Colonel Mitchell: Just another everyday mission to save the galaxy, sir.